You are here: Home / The Good Life / What helps your writing most: Qwerty vs Dvorak 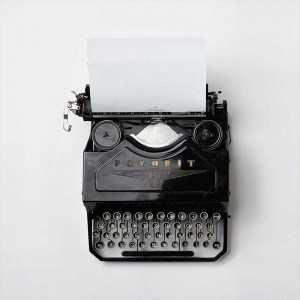 In a podcast I was listening to recently, the guest was asked about the Dvorak keyboard and why he thought it was the only way to type (he’s a programmer). I have researched the Dvorak vs Qwerty layout in the past, but at the time, most recommendations were for getting an entirely new keyboard, and I didn’t go any further with it. Now, (I’m sure it’s been this way for a while) you can change some simple settings and use your current keyboard; you just can’t look down at the keys when you’re lost. But then I started thinking about whether or not it was worth the switch. Is my typing speed really what’s holding me back as a writer?

Of course not. At least, I’m pretty sure it isn’t. I don’t type super fast, somewhere in the 80 wpm range when I’m just transcribing something, but that slows down quite a bit when I’m writing on the fly. I don’t think my typing speed is slower than my thinking speed. I compose at a slower rate, in part because I’m typically editing as I write. And even if it were my typing slowing me down, is that really what gets in the way of how much I write? Or how good my writing is?

Any time I start to think along those lines, I find myself considering Thomas Jefferson or Charles Dickens, or some other prolific writer of the past who was working with a quill or another “crude” writing instrument. I don’t really know that a new keyboard layout is what is going to help me accomplish my goals as a writer. I’m still always on the lookout though. And it’s that way in much of my life. When exploring meditation, I’m trying to find the best app for it. Or the best shoes for running. But the masters of those disciplines didn’t achieve what they did because they had the fanciest or most efficient tools. They got to the peak because they kept climbing.

It reminds me of someone I know who had an idea for adapting a great learning system he had created for himself. He had gone through this extensive process of note taking and organization in folders and binders. He said it was instrumental to his learning experience, and he wanted to create something similar, or even an electronic product for other people to use. He was explaining this to me and a mutual friend when the friend asked, “Do you think the process of creating that system, of figuring out how all that information went together, is what made it so effective for you?” Often the shortcut will get us to the same place, but we won’t be the same person when we get there. It’s the experience, the challenges along the way that shape who we are, as writers and as people.

This is something I struggle with. I’m big on efficiency and not repeating actions that don’t need to be repeated. That can be an advantage with something like programming or work that doesn’t necessarily require a lot of thought. Sometimes, though, going through the motions is exactly what we need to do. Because it allows us to build muscle memory. The motions ultimately lead to a break through or a creative expression that we wouldn’t have found on another path. And often, I spend more time thinking about the best way to do something than I do actually doing it. Sometimes the thinking pays off; sometimes the time would have been better spent doing.

Really, this can be distilled into an argument about efficient vs effective. It’s a topic lots of other people have talked about, and I hope to dive into some of that discussion soon. For now, I think we can all agree that being a faster typist won’t make me a better writer. But, honestly, I’m probably going to try it anyway. And I’ll get back to you about it.

In what areas do you try to find the latest tool or technology to help you achieve your goals? Do they help, or are they just more baggage? Leave a comment below, and we’ll discuss.