You are here: Home / The Improved Life / How I’ve Failed at Slow: Typing, Skating, Swimming 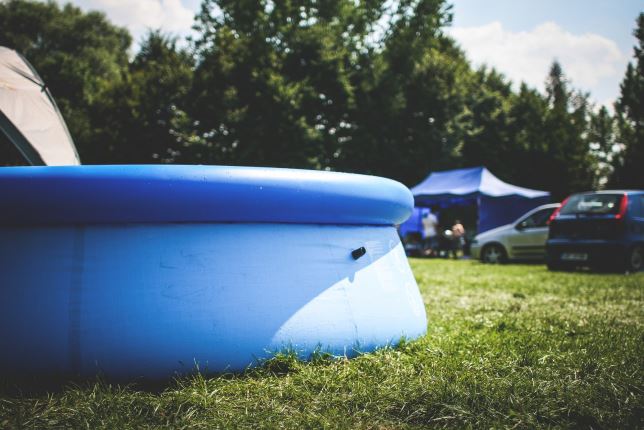 When I first started to learn to type in junior high, I had already had a limited exposure to computers and keyboards. I was a decent hunter-pecker. I appreciated the idea of touch typing though. I remember showing off my skill one day to my dad. I’m pretty sure I was typing the classic sentence about the fox and dog, and I showed him (proudly) how I could type the entire thing, every letter in the alphabet, without looking down at the keys. He said that was pretty good, and then said, “What about this? What if you look at the keys?” And he typed the sentence much faster while looking down, not quite hunting and pecking but somewhere in between.

I was thinking about this as I struggled through typing in the Dvorak layout this week. I feel like I’m actually starting to get the key placement down, but I keep wanting my fingers to have the muscle memory to go as fast as my Qwerty speed. Most of the advice I’ve read on learning to type suggests that slow is better. Accuracy should be the first goal and speed will come later. This is really what I’ve struggled with, not the new layout, not the unfamiliar arrangement or letter combinations, it’s the idea that I can’t be as fast as I am used to. This is not a new problem for me.

Some of you will remember roller rinks. Some of you may even still have one nearby; although, I haven’t been to one in years (decades?). When I was growing up, there was a roller rink not too far from us, and we frequented it pretty regularly. At some point in my learning to skate, I encountered a problem. The skating area was not an infinite straight line; it was an oval. In order to continue skating for any length, I had to learn how to go around a curve.

I worked out my own technique that allowed me to use a walking/shuffling motion to get around the curve, but that isn’t the best way to do it. There is a better method that  involves picking up one foot and crossing it over the other and some repetition. Or something like that. I never actually learned how to do it. It was too slow. The actual motion wasn’t slow, but learning it was. I had several different people offer to teach me, but I never pursued it for long. That learning was getting in the way of my skating.

So, I remained stunted in my skating skills. When it came to racing, I actually did alright for a while because I was able to catch kids on the straightaways. But as we got older, those with decent technique left me behind. Also, rollerblades.

I had a similar issue with swimming. I don’t actually recall learning how to swim when I was a kid, but I know I was never taught “proper” technique, not the strokes of competitive swimmers. And that was fine. I powered my way through the bad form. For the most part, I didn’t really know any better until Melanie (who grew up in the world of competitive swimming) offered to teach me how to swim laps for real. Or maybe I talked her into teaching me. Either way, we were in grad school, and as an educated man in his late twenties, I quickly learned that I didn’t know how to swim.

As we worked through the various issues I was having, I started to progress some, to find my way a little more gracefully through the water. But I was still never patient enough. Rather than do the drills that would make proper form a habit, I wanted to do faster laps. I wanted get tangibly better, so I would allow my technique to fall by the wayside when I was trying to speed up. And that’s unfortunate because the practice falls into that repetitive, meditative exercise I alluded to yesterday. But you can’t get there if you’re worried about drowning. And by focusing on speed, on being better already, I never really moved past the uncomfortable stage.

I won’t say that I have given up on swimming, but I think it’s safe to conclude that I won’t have a triumphant return to skates anytime soon. And I still can’t float.

When it comes to writing, it can be difficult to know how to slow down, to build the proper technique. I mean, we know how to put words together into sentences, together into paragraphs. We know how writing works, right? While I think that it is true for the most part, I also believe we can find value in taking a step back from our larger ideas and focus on smaller chunks. We can improve our form by working on sentences removed from anything larger. We can build our technique by creating scenes or images that are not meant to be just one piece in a story or essay.

Sure, it’s slow. Sure, it feels wasteful. “What do you mean, write something without any intention of using it?” Through this practice, though, we can become better writers without the stress or baggage of wondering whether or not it’s good enough to go in our project. And we can hold onto it if we like it, waiting for a later time to use it.

Also, reading. Reading is very important for improving your writing, but it isn’t always fast either.

Once again, this is in the easier said than done category. I’m going to do some thinking about how best to do this myself, in a way that I can be held accountable. For now, here’s a short list of other activities where my inability to go slow ultimately hindered my growth.