You are here: Home / The Writing Life / Gratitude and Influenza: Craft Your Silverlining 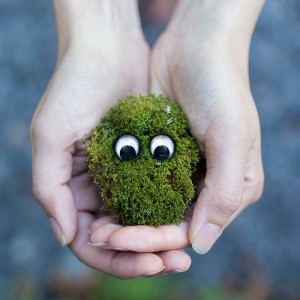 Last week my toddler contracted the flu, and just as we thought that would be the end of it, my wife (my pregnant wife, pregnant with twins wife) started showing symptoms on Monday. I found myself feeling fortunate, though, and I wanted to explore the reasons for that.

1) I was able to work from home

When Theo was sick, I was able to take off a day to help with getting him to the pediatrician and keeping him from being too miserable through the worst of his flu (more on that below). I feel pretty grateful just for that fact. It was not a big deal for me to take a day off to care for my kid. But at the end of that week, I also started my telecommuting schedule, which allows me to work from home a couple days a week. There’s a whole story behind that as well, which I will probably share at some point, but the takeaway is that I had the tools and the permission to work at home and still be able to get Melanie tea and kleenex and soup and check up on her and play with Theo so she could spend some time in bed and so on. And I didn’t have to use any of my time off.

2) Melanie and Theo are super-troopers

I don’t know exactly when parents started calling their children troopers for being tough or not complaining in the face of pain or illness or whatever. It’s actually a little weird. It’s very, “Buck up, soldier.” If anyone knows the source of that saying, please leave a comment.

Having said that, my wife and son are troopers. Super-troopers. Paratroopers even. While Theo got fussy through the worst of it, he was very much his normal, great kid, self. Just a little slower, and much warmer. I didn’t even believe he had the flu until they tested him (he’s not such a trooper when it comes to nurses sticking swabs in his throat and down his nose). He also had very mild symptoms, which is another point to be grateful for.

And Melanie was the same even though it was tougher on her. Imagine the achiness of the flu combined with the discomfort of two human beings jostling around your insides, trying to push you apart one rib, one muscle, one ligament at a time. You can’t sit up because that makes it hard to breathe. You can’t lie down because that causes increased indigestion. You can’t take a bunch of medicine and just sleep for three days because you can’t take much of anything. You can’t even have cough drops with menthol (the kind of cough drops that work). Even though she was more miserable than you can likely imagine, certainly more than I can, she didn’t go out of her way to make everyone else miserable. That takes a lot of the burden off the caretaker, so I’m grateful for that.

On Wednesday (actually on Tuesday as well), my mom was able to come by for a few hours, mostly to hang out with Theo so I could focus a little more on work. She isn’t just down the street, so I definitely appreciate her willingness to drive out even if just for a little while. It allowed me to pay more attention to the laptop without feeling guilty about Theo wanting me to do something urgent, like close easter eggs. She is happy to do it, of course, because she loves spending time for Theo. I’m grateful for that too. And she brought soup because that’s who she is.

4) All the other things

I found much to be thankful for because I started looking. That isn’t always easy, but it is always possible. I don’t want to be the person who says, “Think of all the people who are worse off than you.” I’m not sure how useful that is really. But I know it helps to think about what you do have instead of what you don’t.

What are some aspects of your life–big, small, or in between–that you are grateful for? Who are some of the people you appreciate?

PS: When I clicked “publish” after never having clicked “Save Draft” my browser yelled at me and told me there was a database error. I’m grateful that I was able to recover this post in its entirety instead of having to rewrite it from scratch.