You are here: Home / The Writing Life / Finding a Voice: Who Is That? 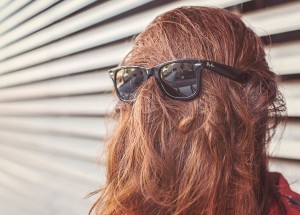 While I don’t hear or see a ton of commercials these days, one of my past times is still to listen to voiceovers and try to figure out what celebrity is getting paid gobs of money to lend a practiced and familiar voice to the pitch. Sometimes that’s easier than others. I’m not going to mistake Morgan Freeman or Jeff Bridges for anyone else. Actors like this all have distinct styles–sometimes informed by their roles–distinct inflections and phrasing. And they are often chosen because their voices stand out.

Others I think I recognize simply because I hear them all the time. Either their commercials are everywhere, or they are everywhere. John Krasinski comes to mind; although, I would likely recognize him regardless. Maybe Jason Sudeikis is a better example. And then there are others I can’t quite place. I know I recognize the voice, (I could just recognize it from other commercials), but it just sounds like so many others that it is difficult to pull it from the crowd. This could be the point. The marketing folks might want you to associate the voice with the brand without necessarily identifying the actor. But it doesn’t benefit the actor to blend in to the background of other voices.

As writers, we should be working to develop our own voice as well. I don’t think this means creating a false affectation or throwing in strange turns of phrase just to sound unusual. Mostly, I think it means we need to write a great deal in order to find a space that feels comfortable, one that matches our content. We can also experiment with the styles of writers we admire in order to see what makes their writing work. Like with language acquisition, we can imitate native speakers until we pick up our own accent. The best thing writers can do to develop their own voice–and this is the same as with language acquisition–is to use it.

We have to write to find out what makes our writing ours.

Simple advice I too often forget myself. How do you feel your voice has developed over time?