You are here: Home / The Good Life / Create or consume: Choose wisely 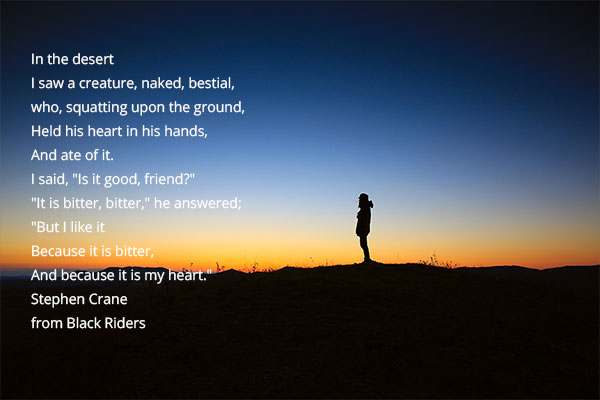 While I like to think of myself as a creator, most of my life, I have just been a consumer. I read a lot but wrote very little. I watched television and movies but never made one (not counting several home video experiments from junior high that I might want to disavow at this point). I listened to lots of people talk about their interesting lives or ideas without putting any effort into making my own. I was a thinker, not a doer. Or sometimes, not even a thinker really, not in any useful sense of the word.

I’ve spent much of my time dreaming about, and occasionally planning for, big things for me and for my family. But I have taken little action in all that time. I have plenty of excuses for that, but I have come to realize the chief reason for this deflection is fear. Fear of judgement; fear of failure; fear of success. I am often afraid that I won’t be able to make anything. Or if I do, it won’t be anything of value. I run from the unknown to the known, from the unfamiliar to the familiar. This feels natural, of course, but the sad part is that the unknown in this case is me. It is my thoughts, my writing, my creation that I am unfamiliar with. I run from myself.

Even this morning I felt the impulse to hide. I had just finished getting up and getting ready and was considering what I should do with the first minutes of my day. Instinctively, I unlocked my phone and began to look for something to occupy my thoughts. I wasn’t even considering games or videos or something else that would have been a real waste of time. But I was looking for someone else’s content. I thought about listening to a podcast or reading a blog post from someone I respect. This content would be my shelter, the words of someone else that I could hide behind instead of exploring my own. I was running.

Luckily, I realized that was what I was doing. Instead of giving into the impulse to consume, I climbed out of the couch, poured a cup of coffee, and wrote this little post. It isn’t much, but it is mine. I like it because it is bitter, and because it is my heart.

The hope is that the creating becomes familiar, that the act of doing, and the product of doing, become something to run to. Through habit and practice, the writing forms the shelter. The fear doesn’t go away, but we embrace it as a part of the process.

What strategies do you use to make yourself make something?