You are here: Home / The Good Life / Smudges, Scratches, and Stains: What’s Obscuring Your View? 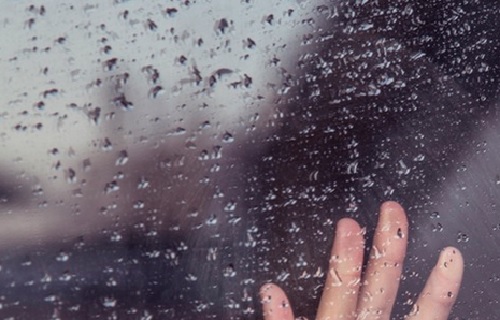 I replaced the screen protector on my phone the other day. I did it mostly on a whim, but I was shocked by what a difference it made. I knew the old one was dirty, a bit oily, a bit worn with a few scratches. But I didn’t realize how bad it was.

I had acclimated, allowing a slow build of imperfections to become the norm.

The new screen protector was clear, nearly imperceptible atop the original glass. Not only did it look good, but it felt good too. My thumb would glide across the screen with little hesitation where there had been friction before.

Just moments before, I thought the screen protector was doing alright. Sure, it had some issues, but I didn’t think it warranted going through all the trouble to replace it. I had to first take it off to see what the screen used to look like, to realize how much the old protector was changing my experience with the phone.

It is that way in so many areas of my life.

I noticed a stark difference when I finally picked up my new glasses. There was the slight change in prescription (which actually took longer than I thought to get used to), but even more than that was the clarity of the lenses. The old ones were scuffed and scraped, with small bubbles from the deteriorated anti-glare coating. The news lenses were immaculate. So much so, that small smudges and particles of dust now distract me. I have to keep them clean because I notice now when anything obscures my vision.

When we painted the bedroom, it was obvious that the walls hadn’t been cleaned in some time. When I start to eat too much, it isn’t generally one giant meal that does me in. It’s a slow increase in the amount I eat that causes my clothes to start feeling uncomfortable. It’s a gradual uptick in the amount of coffee I drink that makes my need for caffeine so strong.

Unwanted habits can sneak up on us in our writing too. We start taking more frequent breaks to check Facebook or put off writing that chapter just a few hours at a time. We grow accustomed to putting off the work, to allowing distractions to keep us from the grind. And then a day has gone by, and another, and then we wonder where the month went.

We have to be wary of acclimating to our circumstances. Pointing a few degrees in the wrong direction can quickly derail our entire plan if we don’t take time to reassess and correct.

But we have to make sure we notice the good changes too.

I have been slowly losing weight over the last few months–mostly by getting some healthy protein in the morning and not keeping much unhealthy food at the office–but I don’t really notice it. Occasionally, though, someone will say, “Have you lost weight?” or, as a co-worker recently accused, “You’re getting skinny.” (I’m pretty sure she meant it as a compliment, but I’m also aware that I haven’t really been putting on any muscle.) I see my face and body in the mirror every day (almost every day), so it is difficult to notice the accumulation of change.

You might haven’t forgotten how difficult it was to run your first 5k if you’ve been practicing for a half-marathon. If you’ve been writing on a consistent basis, you’ve probably improved a great deal. But you might not notice because you see your work all the time. You notice the flaws and are comparing yourself to where you want to be, not where you used to be.

Make sure you take time to appreciate the good habits you’ve built. Not so you can be proud of yourself. So you can see that you are committed to your goals and allow that to serve as motivation to keep at them.